The Latest from Hilliard Management

These past few months feel like they have been non-stop for our team. 2018 was one of the wettest in memory, but so far the first half of 2019 has been considerably more stable, and we’ve been able to work on a lot of exciting projects. First among these was a river bank restoration project we completed for a long-time client on the South River in Greene County.

Months of repeated flooding in 2018 caused the river to laterally migrate, and erode almost 40′ in to a corn and sunflower field. Our work included rebuilding the river bank, returning the water to its original channel, and stabilizing the bank to prevent future erosion. The project was designed and permitted by Resource Environmental Solutions (RES), a nationwide leader in environmental engineering, restoration, and mitigation work. We are big believers in the benefits of collaboration, and we jumped at the chance to work with RES.

It was a challenging project – winter is the ideal time for river restoration work, but also usually one of the worst times for dirt work. A key component to this project was the live staking material, which serves as the linchpin for future stabilization once root systems develop and extend throughout the bank. Ultimately we found a period of consistent good weather this February and were able to successfully wrap up the project before the warm weather of March arrived, and the staking material came out of dormancy. So far the results have been outstanding and all the improvements have been holding up as designed.

Below is a set of before & after shots of the project, as well as a series of photos showing the project in-progress as we diverted the river and installed a series of soil lift and j-hooks. 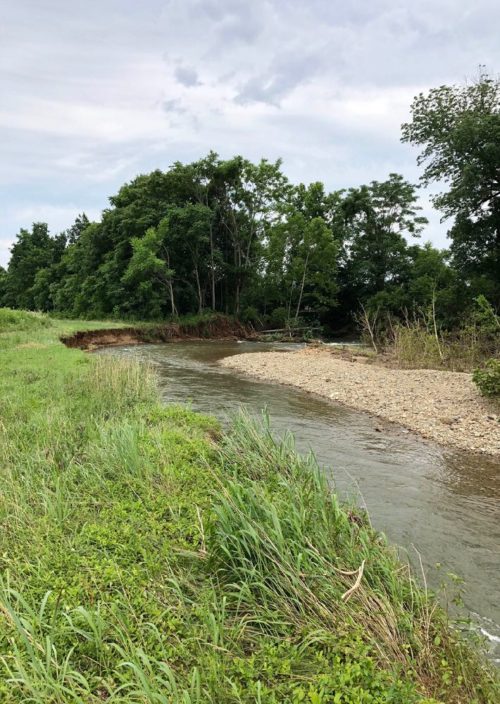 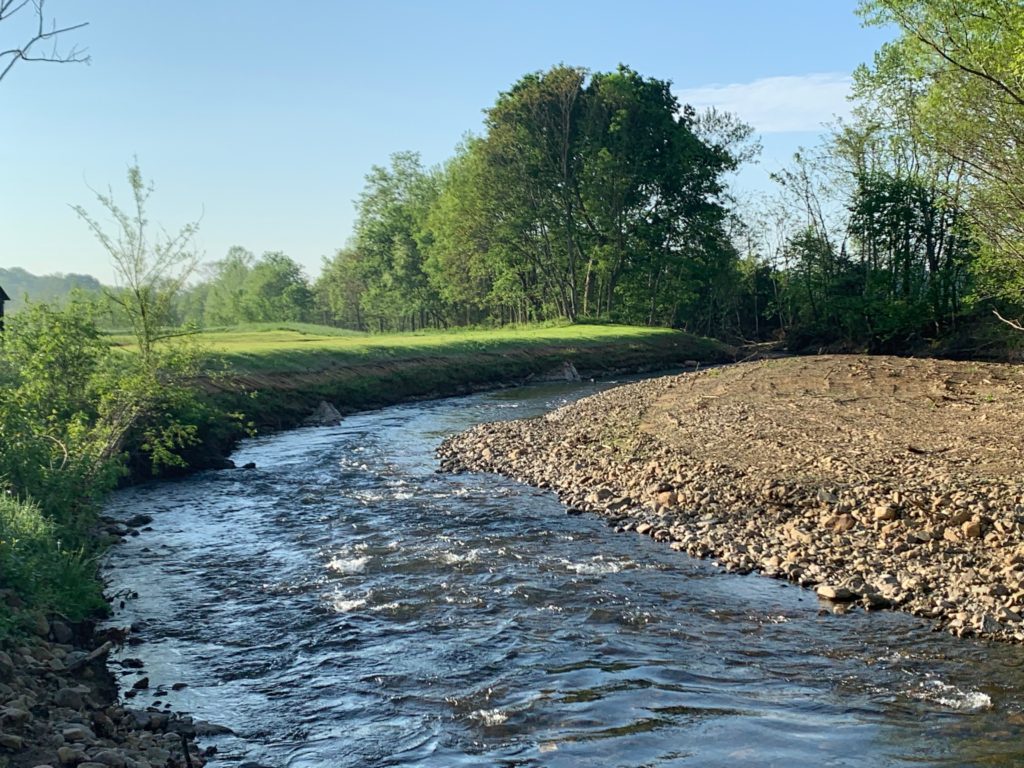 2 Months after the project was completed 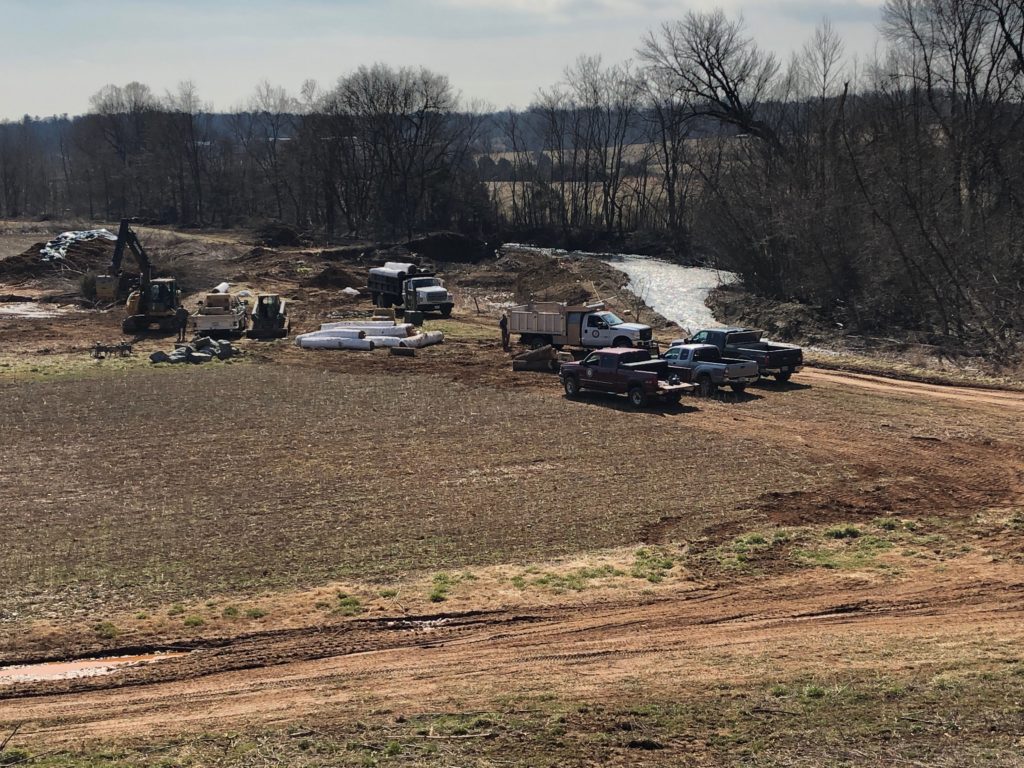 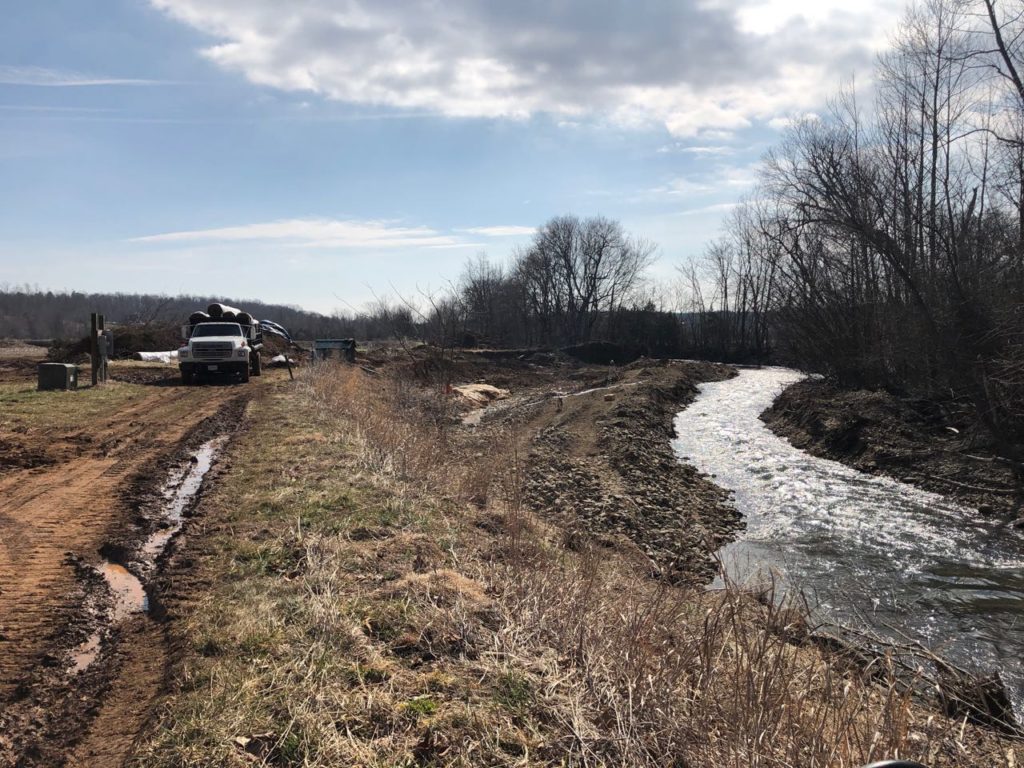 The project area, after the water had been diverted 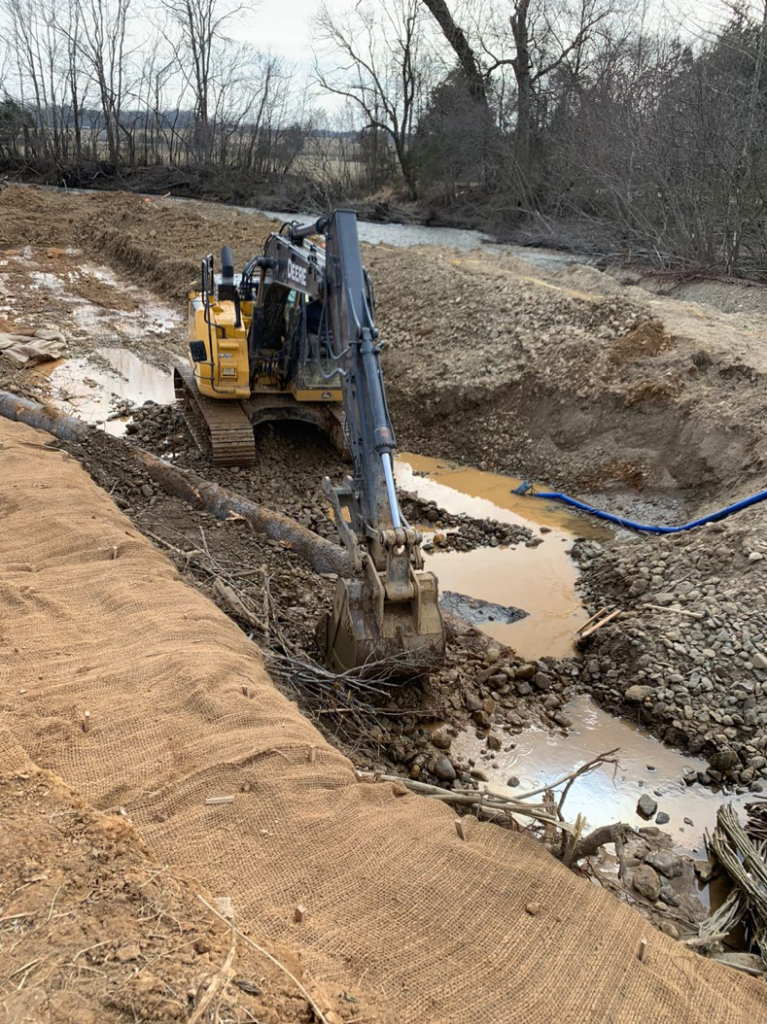 Building one of the soil lifts 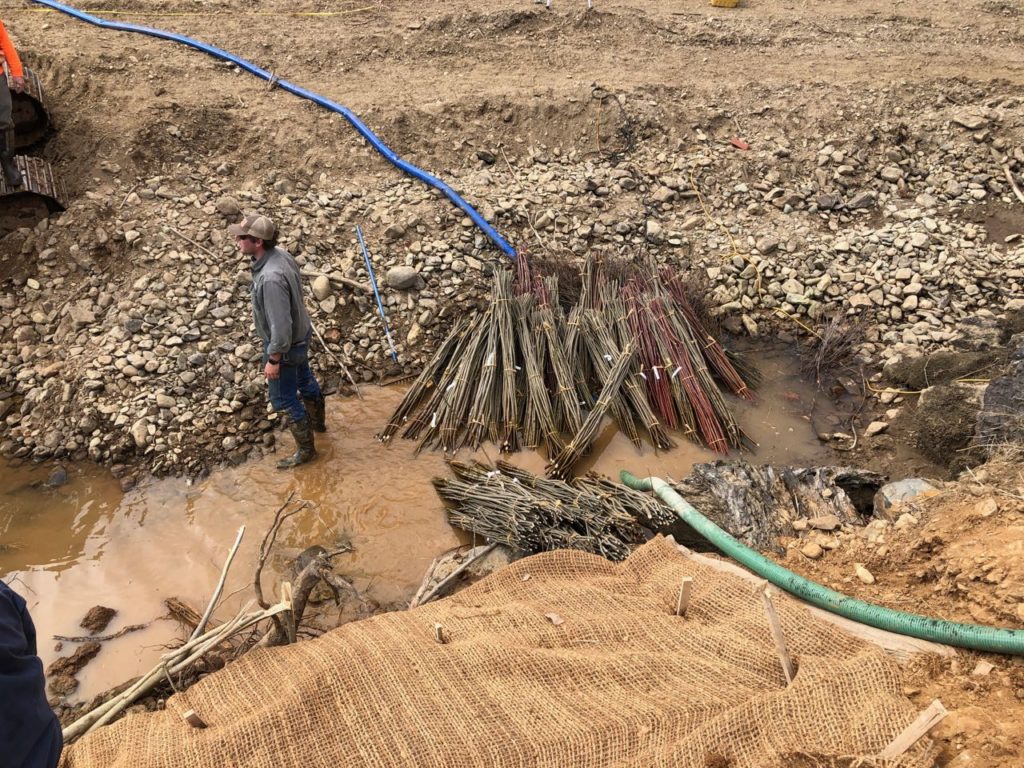