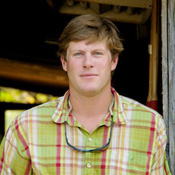 Carter founded Hilliard Estate & Land Management after starting his career in real estate. He earned his BS in Economics at Washington College, after which he moved back to the Charlottesville area and began working with Frank Hardy Inc, specializing in farm and estate sales. In 2008 Carter moved to C.B. Richard Ellis, where he worked in commercial sales and leasing, and was a top producer in 2008, 2009, and 2010.

Carter’s lifelong passion for the outdoors and rural properties, combined with his extensive real estate knowledge, led him to create HELM in late 2009. As an avid outdoorsman who spends his free time hunting, fishing, and working on his own farm, Carter has an intuitive understanding of the complexities of improving and managing land. Among other roles, Carter remains the Director of Operations and is actively involved in all aspects of HELM from project inception to implementation to day-to-day management.